Survival Against the Odds

Tom Chernich is no stranger to battle. A former collegiate wrestler and current head coach of the Geneva High School wrestling team in Geneva, Illinois, Tom has cultivated the steely determination, work ethic and will to win that comes from training hard on the mat, day in and day out. It never occurred to him how those traits would eventually save his life.

It was shortly after the wrestling season ended when Tom came down with what he thought was a cold. The symptoms resolved within a week, but a cough lingered. Over a couple of months, he began to notice some fatigue and just didn’t feel quite right. He thought perhaps he had walking pneumonia or, worse, that he’d had a mild heart attack. One day at the end of the school year, a colleague said she’d follow him to Northwestern Medicine Delnor Hospital after school to get checked out.

We needed to do something radical.

“She suspected I wouldn’t go on my own,” Tom recalls. “And she’s probably right. She saved my life. I probably would have gone home, went to sleep, and that would have been it.”

At the hospital, his blood pressure was elevated and he had atrial fibrillation, but Tom wasn’t overly concerned. He was relieved that an EKG showed no signs of a heart attack. He was admitted for observation, but his spirits were high, and he fully expected to go home the next day.

He could not have imagined that he would not return home for nearly two months.

Around 2 am, Tom’s heart, lungs, liver and kidneys began to shut down. His family was told his chance of survival was almost zero. Knowing Tom was a fighter, his parents would not give up. Tom was airlifted to Northwestern Memorial Hospital, although his care team cautioned that he may not survive the flight. He was read his last rites.

Against all odds, Tom made it to the Northwestern Memorial Hospital Cardiac Intensive Care Unit, where he faced the battle of his life.

The physicians didn’t have a lot to go on, but one thing they did know: Tom’s heart needed help. “It was obvious that his heart was not strong enough to support his body,” explains Dr. Churyla. “We didn’t know why it was weak, but we needed to do something radical.”

Dr. Churyla connected Tom to an extracorporeal membrane oxygenation (ECMO) machine — which is essentially a mini heart-lung machine. The ECMO pumped Tom’s blood for him while his heart struggled to keep beating, and a dialysis machine kept his kidneys functioning.

Meanwhile, extensive laboratory tests were coming up negative. Biopsies were normal. Tom’s physicians concluded that he was battling some type of infection, so they tried multiple antibiotics and kept him sedated.

As news of Tom’s illness and dire condition spread through the close-knit wrestling community, visitors started lining up. When people learned that only family members were allowed to visit, they got creative. “All of a sudden, I had 1,000 cousins,” Tom laughs.

Several of his wrestlers, including his stepson, were facing graduation without their beloved coach. “They were under the impression that I was going to die any minute,” Tom says. The boys reluctantly agreed to participate in the graduation ceremony, but to demonstrate that their hearts were with Tom, they wore their wrestling headgear with their graduation gowns.

After two weeks on the ECMO, Tom turned a corner, and Dr. Churyla removed it. “He said, ‘You’re going to make it,’” Tom recalls.

“I’m always happy when I see patients doing so well, especially someone so young with, essentially, a fatal condition,” says Dr. Churyla. “It’s the ultimate reason why we do what we do: to help people get better and improve their lives.”

Tom spent another eight days in the hospital. It remains unclear what the infection was that nearly killed Tom, but it appeared that he would recover.

Tom was transferred to Marianjoy Rehabilitation Hospital, part of Northwestern Medicine. He could barely move, but he was determined to get better. Samantha Heger, MOTR/L, one of Tom’s occupational therapists in the Neuromuscular Unit at Marianjoy, recalls, “He knew he was a very lucky guy who was close to not making it. He was determined to return to teaching and coaching his wrestlers.”

Amy Rossi, OTR/L, another of Tom’s occupational therapists, agreed. “His positive personality, his drive and motivation definitely attributed to his rapid recovery,” she says.

In the beginning, Tom was in a wheelchair and struggled with the simplest tasks. Heger, Rossi and Tom focused on activities of daily living to help move Tom toward independence, and a full multidisciplinary team rallied around him, from physicians and therapists to a nutritionist, case manager, nurses and a psychologist.

After only three weeks, Tom walked out of Marianjoy.

Back to a Better Life

Months of outpatient therapy followed, but Tom has made a full recovery and says he is much healthier than he was before he got sick. “I wouldn’t change a thing,” he says about the illness that nearly killed him. “I’m a better person now.”

While he missed his first goal — to return to his teaching job by the first day of school — he did hit his second target: Tom was back full time before the wrestling season began that winter. Walking into Geneva’s wrestling room that first day, Tom brought with him a new appreciation for life, a new determination to follow a healthy lifestyle and the confidence that nothing could have better prepared him for the fight of his life than the sport of wrestling.

Today, Tom continues to carry with him a deep respect and gratitude for his care team.

“Northwestern saved my life,” he says. “Those people are the best of the best. I would have died anywhere else.” 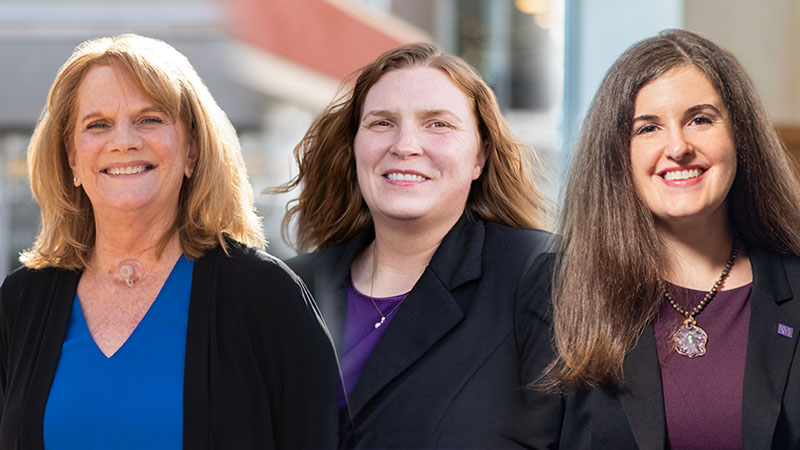