Immunizations have been one of the single greatest advances in preventive medicine. Throughout Northwestern Medicine, we believe immunizations are an essential part of well-child care. Our providers follow the standard Centers for Disease Control and Prevention (CDC) guidelines for immunizations for all of our patients.

We keep up to date with the newest vaccine products, recommendations, and take our immunization practice seriously. We discourage alternative vaccine schedules. We also participate in the Vaccines for Children Program, a government sponsored program providing federally funded vaccines for children whose insurance doesn’t cover the cost of vaccines. Types of immunizations include:

DTaP/Tdap: The DTaP vaccine is a "three-in-one" vaccine that protects against diphtheria, tetanus, and pertussis. DTaP immunization is usually a series of injections given to children at ages two months, four months, six months, fifteen months and four years. DTaP is recommended unless there is a reason that the child should not receive the pertussis vaccine (such as allergic reaction), in which case the DT should be given. After the initial series of immunizations, a booster of Tdap vaccine should be given.

Tdap: Tetanus, diphtheria and acellular pertussis booster. This vaccine was licensed in 2005 and is recommended as a booster dose at the 10-11 year exam. It is similar to the tetanus booster of the past, however, it has the additional whooping cough (Pertussis) component that boosts immunity to this bacterial illness. Waning immunity through the late childhood years has allowed older siblings and parents to be the main source of spreading this serious illness to younger infants and children. By boosting your ten-year-old’s immunity to this illness, we are not only providing immunity to them, but also decreasing the spread of infection to younger children who are more vulnerable. Parents should talk to their physician about obtaining their booster as well.

MMR: The MMR vaccine is a "three-in-one" vaccine that protects against measles, mumps and rubella—all of which are potentially serious diseases of childhood. The MMR is one of the recommended childhood immunizations. The first shot is recommended at 12 months. A second MMR is recommended prior to school entry at four years or prior to entry into junior high at 11-13 years. Some states require a second MMR at kindergarten entry.

HiB: This vaccine prevents childhood Haemophilus influenza B infections, which can cause a severe and potentially fatal illness. Haemophilus B conjugate vaccine is one of the recommended childhood immunizations. Generally, states require proof that a child has received the vaccine prior to entry into daycare or preschool. Infants and toddlers should receive injections of the vaccine at two months, four months, six months, and fifteen months of age.

Prevnar: This vaccine provides immunization against Streptococcus pneumoniae, a bacterium that frequently causes meningitis and pneumonia in the elderly and in people with chronic illnesses. It effectively prevents illnesses caused by Streptococcus pneumoniae in children under the age of two years old and adults at risk. Pneumococcal pneumonia accounts for 10 to 25 percent of all pneumonias. It is a four-dose series.

Hepatitis B: This immunization protects against Hepatitis B, a serious disease which causes inflammation and damage to the liver and may lead to cirrhosis of the liver, chronic liver disease and liver cancer. The Hepatitis B vaccine is one of the recommended childhood immunizations. Hepatitis infection is spread through contact with the blood and body fluids of an infected person. It can also be passed from mother to baby in pregnancy. Hepatitis B vaccine is given as a series of three injections. The first shot is given to infants shortly after birth. All three doses are necessary for the most effective and longest lasting immunity.

Hepatitis A: This immunization protects against Hepatitis A, a serious disease that causes inflammation and damage to the liver. The Hepatitis A vaccine is one of the recommended childhood immunizations. Hepatitis A is transmitted by contaminated food or water, or contact with the blood and body fluids of an infected person. The first shot is given to infants at 15 months.

IPV: Polio immunization protects against a severe, paralyzing disease caused by poliomyelitis. Polio vaccination is one of the recommended childhood immunizations and vaccination should begin during infancy. In most parts of the United States, polio immunization is required before a child can start school. Children should receive four doses of IPV: one dose each at ages two months, four months, six months and four years. Children who have received three doses of IPV before age four should receive a fourth dose before or at the time of school entry. The fourth dose is not needed if the third dose is given on or after the fourth birthday.

Varicella: This vaccine (Varivax) protects against chickenpox, a disease caused by the varicella-zoster virus. Chickenpox is characterized by a rash that forms blisters and is generally mild. However, some children can develop serious, even life-threatening, complications from chickenpox. The American Academy of Pediatrics (AAP) and the CDC recommend the chickenpox vaccine for children at age 12 months and a booster dose is given at four years. People 13 and older who have not received the vaccine and have not had chickenpox should get two doses four to eight weeks apart. Children who receive the vaccine before age 13 only need to receive one dose.

Gardasil: This vaccine protects against the four strains of the Human papillomavirus (HPV) which cause cervical cancer and genital warts. In women, HPV can invade the vagina and cervix. These warts are flat and not easily visible without special procedures. Because HPV can lead to cancerous and precancerous changes in the cervix, it is important that this condition be diagnosed and treated. This vaccine is a three shot series recommended for girls starting at age 11.

Influenza: This vaccine is now recommended for all children aged six months and older. For children under nine years, the first time they receive the flu shot, they will need a series of two vaccines, one month apart. Subsequent years, they will only need one vaccine. For children older than two years, we offer the FluMist® vaccine—a modified live viral vaccine. This vaccine is administered through the nose and does not involve a shot. Talk to your provider about which product is best for your child. We have flu clinics on Saturdays in the winter, and at times we are able to offer the vaccine to parents as well.

Rotavirus: This vaccine protects people from contracting rotavirus, which is the leading cause of gastroenteritis in children and can also occur in adults exposed to children with the virus. Rotavirus causes severe gastroenteritis in infants and young children. Severe dehydration and death can occur in the young age group. It is responsible for up to 50 percent of the hospitalizations of children with diarrhea. Outbreaks may also occur in geriatric settings such as nursing homes. This vaccine is an oral series that starts at two months of age.

The physicians who practice at the Northwestern Medicine Proton Center are neither agents nor employees of Northwestern Memorial HealthCare or any of its affiliate organizations. These physicians have selected our facilities as the place where they want to treat and care for their private patients.

Test your knowledge of vaccinations against a variety of diseases that can affect your child. This quiz is based on information from the CDC.

Screening tests and vaccines are an important part of managing your child's health. Below are guidelines for these, for children from birth to age 2. Talk with your child's healthcare provider to make sure your child is up to date on what he or she needs. 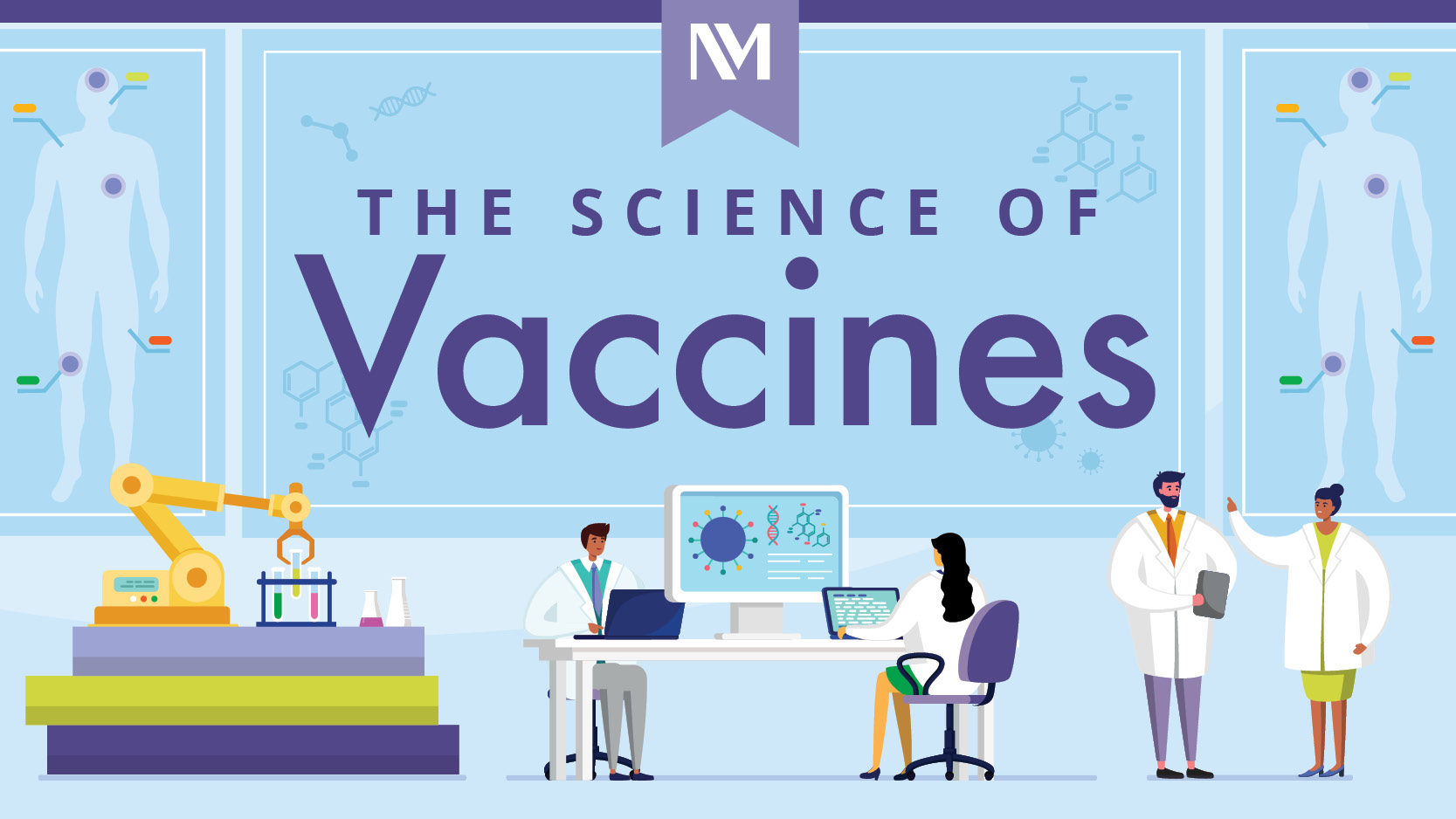 Believe in the Vaccine
read more about Science of Vaccines (Infographic)

Different types and how they protect you.

END_OF_DOCUMENT_TOKEN_TO_BE_REPLACED 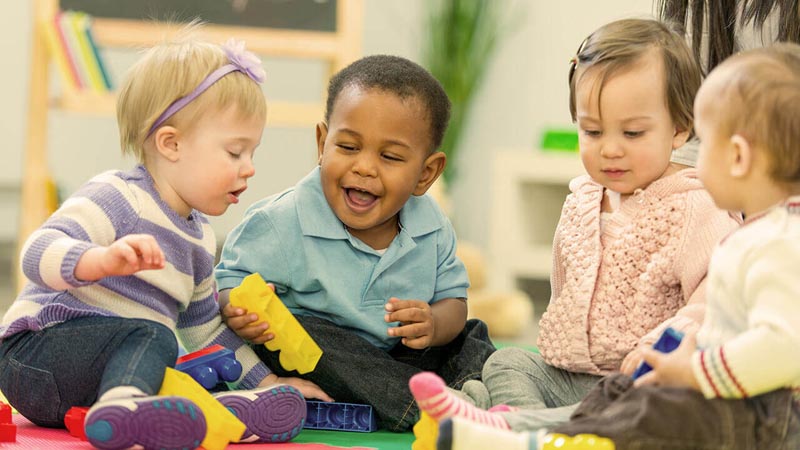 A shot now could save lives later. Find out why vaccinating your child is so important.

END_OF_DOCUMENT_TOKEN_TO_BE_REPLACED 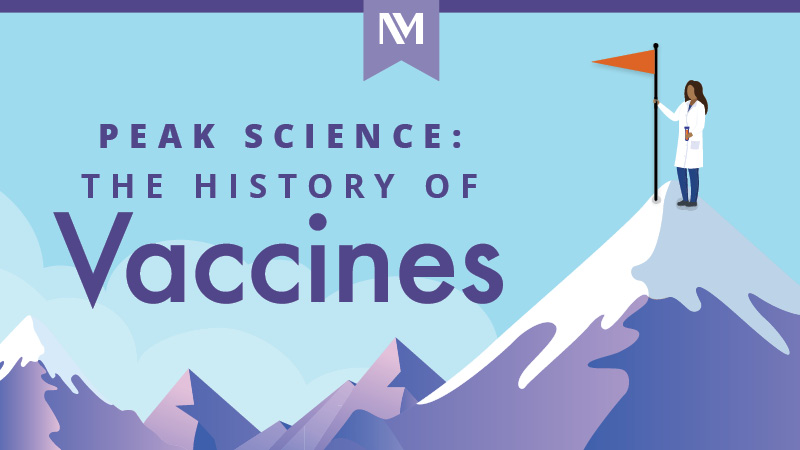 Believe in the Vaccine
read more about History Of Vaccines [Infographic]

Centuries of breakthroughs made rapid development of the COVID-19 vaccine possible.