Dale Newman’s long journey from Adelaide, Australia, to Warrenville, IL, began with a 2015 motocross crash. A CT scan taken after the crash revealed that the active father of two young children had a brain tumor in his left temporal lobe. The tumor continued to grow, and by 2017, intervention was necessary. However, due to its location, surgeons were only able to remove a third of the mass, so Dale needed more treatment.

Concerned about the potential side effects of standard radiation therapy, Dale’s wife Amber searched online for other options. In an online brain tumor support group, she met someone who would alter the future course of Dale’s treatment. Anne Marie Kappa of Glen Ellyn, IL, had undergone proton therapy at Northwestern Medicine Proton Center for a brain tumor. Proton therapy is an advanced form of radiation that uses protons – heavy, positively charged atomic particles – instead of standard X-rays.

“Proton therapy is particularly suited to the complexity of treating brain tumors,” says Vinai Gondi, MD, a radiation oncologist and director of clinical research at Northwestern Medicine Proton Center. “Protons deposit much of their energy directly in the tumor and then stop, whereas conventional radiation continues to deposit the dose beyond the tumor.”

After months of online communication with Anne, the Newmans decided proton therapy was their best option. However, the treatment is not available in Australia, and a medical board denied a request to get treatment in the United States. Undeterred, Amber personally contacted numerous proton centers in the United States, and on Anne’s recommendation, she reached out to Northwestern Medicine Proton Center.

“Chicago wasn’t our first choice,” says Amber. “It was the farthest and had the coldest climate, but the team at Northwestern Medicine Proton Center was so compassionate and responsive that they made it easy to choose them.”

Dale, Amber and their children — 11-year-old Josh and 8-year-old Ella — traveled 10,000 miles and settled into an extended stay hotel for 2 1/2 months of treatment. Amber worried that spending so much time away from home would be difficult for the children, but she says it was the right choice to bring them along.

“Dale wasn’t going to be around if he didn’t get this treatment,” says Amber. “It is worth every sacrifice if Dale is still here to teach his kids to drive and to walk his daughter down the aisle.”

The family developed a special bond with Jennifer Jefferis, RN, clinical intake coordinator at Northwestern Medicine Proton Center, who made the Chicago area feel more like home by helping enroll Josh and Ella in the local elementary school, scheduling transportation, and connecting the family to area attractions.

“Not only are our international patients going through an extremely emotional and challenging time in their lives, but they are doing it so far away from home without the support of nearby friends and family,” said Jefferis. “Whatever we can do to make them feel extra special and comfortable brings me great joy and satisfaction.”

The friendship Anne and Amber cultivated online blossomed as Anne and her family welcomed the Newmans with open arms — hosting dinners, organizing site-seeing trips and going on frequent shopping excursions.

“We spent as much time as we possibly could with them,” says Anne. “I can’t imagine not having the Newmans in my life. We love them to pieces and wanted to make this the best experience possible.”

The families visited iconic Chicago attractions including the Bean and traveled to the top of the Hancock Building. And despite those initial concerns about Chicago’s climate, the wintery weather was wondrous for Josh and Ella, who had never seen snow.

After completing Dale’s proton treatments in late December, the family headed to Disneyland before returning home to Australia. Dale will receive follow-up treatment in Australia.

“I’m hoping for the best outcome from this treatment and look forward to a positive future,” says Dale. “I want our children to remember the new places, unique experiences and the people who will be our friends for life.” 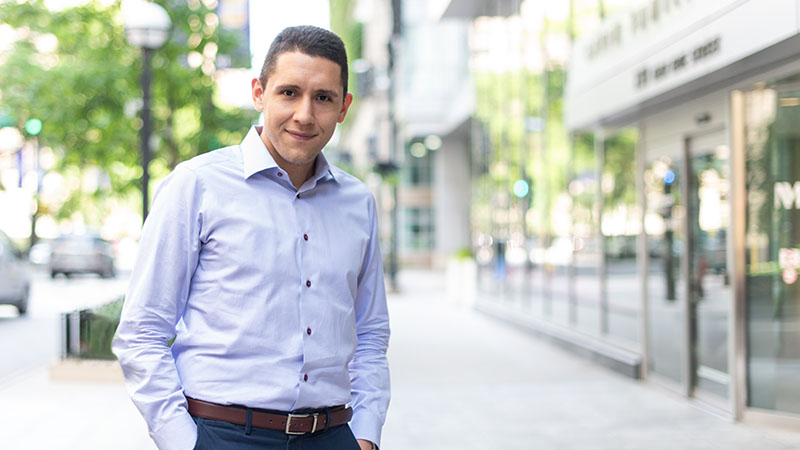