Is Laughter Really the Best Medicine?

There’s nothing funny about a life-changing diagnosis. However, a recent study emphasizes just how powerful and beneficial laughter can be. Laughing releases endorphins, or neurotransmitters that bring a feeling of euphoria. At the same time, it stimulates circulation in our bodies, which increases oxygen intake and lowers blood pressure.

So while it can’t cure your ailments, laughter can improve mood, boost immunity, and reduce stress and pain.

Parkinson's disease (PD) is a progressive degenerative disorder that affects nerve cells, or neurons, in the part of the brain that controls movement. There are more than one million people in the United States who have been diagnosed with PD, and more than 60,000 people are newly diagnosed each year. Although losing motor skills and coordination may be a hallmark of this disease, there are others aspect that are not visible. It can cause mood or cognitive problems, such as anxiety, depression, memory and speech.

In 2016, more than 40 patients with PD attended a support group at Northwestern Memorial Hospital with featured actors from Second City. The event paved the way for a 12-week study, made possible by the Parkinson’s Foundation. With the partnership of Second City, specific games were selected and individuals were evaluated before and after participation.

“Improv comedy cultivates focus, improves communication, reduces stress and promotes feelings of acceptance and compassion,” says Danny Bega, MD, the Northwestern Medicine neurologist who spearheaded the study. “All of these issues are significant contributors to daily function in a patient with Parkinson’s.”

Individuals in the study demonstrated improvement in non-motor skills. “It is important to manage both non-motor skills and motor skills together as part of a holistic approach. When you target them together, you see an improved, meaningful quality of life,” says Dr. Bega.

The benefits of laughter can extend to all people. “The idea of laughter is an important one. We’ve known it as a healing mechanism. It’s important to surround yourself with other people who make you happy and be engaged with others,” says Dr. Bega.

Not the Laughing Type?

If you’re not in the mood for a chuckle, there are other ways to receive similar psychological benefits, such as journaling. Those who keep a journal and record their feelings have reported better mood and reduced stress. Research has also shown that journaling is linked to reduced symptoms in patients with cancer and improved patient health after a heart attack.

Yoga is another way to manage stress and improve your mental health. It offers a host of physical benefits, including reduced inflammation, which can contribute to the development of heart disease, diabetes and cancer. Research has also shown reduced anxiety and depression in patients with cancer and effective with individuals with PD.

Music can also have a profound impact on your brain. Research suggests it can be effective for mood disorders related to PD and other neurological disorders such as dementia, stroke and multiple sclerosis.

There is no magic recipe to what expressive activities you choose, so long as you find joy and are engaged physically, emotionally and cognitively.

While laughter might not be the best (and only) medicine, it certainly is a strong one for your health and wellbeing. So lighten up, and laugh a little today; it’s good for you. 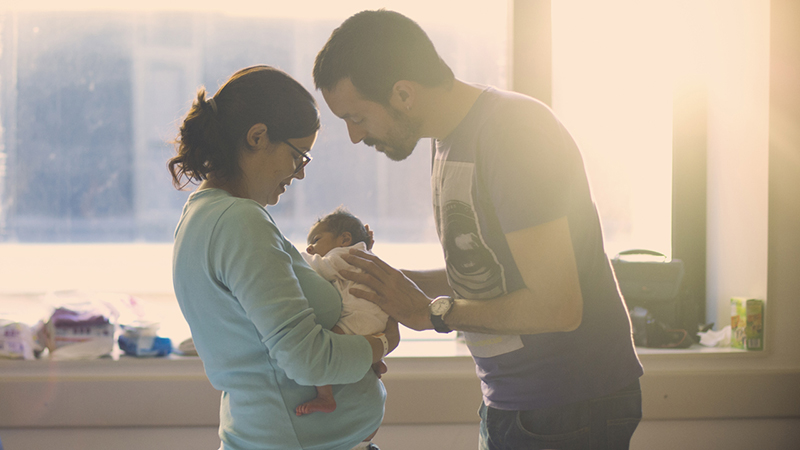 Emotional Health
read more about Postpartum Depression and Beyond

Postpartum Depression and Beyond

Parenthood brings a significant change to daily life, one that can seriously impact the emotional health of new mothers and fathers.